Home > Keeping The Doors of Learning Open in Kenya 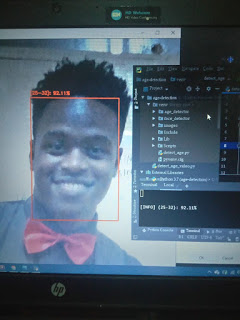 Keeping The Doors of Learning Open in Kenya

Learning in life is a continuous process. Facilitation of it is key to sustainable development. The creation of the UN SDGs saw a renewed commitment by governments and entities to find ways to make quality education more accessible and affordable by all. This resulted in the proliferation of open, long-distance technology-enabled learning models similar to those that had been developed by organisations such as Commonwealth of Learning (COL), www.col.org, an intergovernmental organisation formed by Heads of Governments of Commonwealth Countries geared towards improving livelihoods of its citizens.

It is such a model that produced the likes of Eren Bali, Co-founder of Udemy, whose only access to education in a remote community in Turkey were materials and books received from far places. Having exhausted every material within reach his biggest break came through a computer gift from his parents. Eren went on to teach himself as much as was available through the world wide web eventually creating a software that enabled him to create a live virtual classroom in Turkey. It was then that he saw the need to democratize education affording easy access to quality education by all.

The rise and spread of COVID19, though destructive, has led to increased demand for open long distance technology enabled education platforms. Having initially set the pace, COL has been on the forefront of teaming up with like minded organisations such as Udemy, in addition to creating its own MOOC’s, in ‘Keeping the Doors of Learning Open’ as schools and institutes of higher learning closed theirs. It is through such a gesture that an alliance was created with Programme for Capacity Development in Africa (P4CDA), www.p4cda.net, to facilitate continuity of learning for increased development in rural and marginalized communities in Kenya.
Similar to Eren Bali’s story, a recipient of P4CDA/COL Udemy scholarship, Denis Kabata, who lives in a rural community in Kenya, through AI, Machine Language, and Data Science courses taken on the Udemy for Business Platform designed and created an Artificial Intelligence Malaria diagnosis system that can analyse 70,000 cell photos in less than a minute with 100% accuracy. Denis intent in creating the system was fueled by his passion to address a problem that he had encountered many times when he took his friends to the hospital for malaria testing. The waiting period was long.
Similar to Denis story is Sospeter’s, who having received the scholarship and not believing his luck, took every programming course he could and always wanted to in the shortest time possible, lest he woke up one day and found out that the scholarship was discontinued owing to unforeseen circumstances or that the scholarship was in error. Having exhausted his initial craving, Sospeter, guided by his fascination of technology systems designed and created a system that could identify the age of a person by scanning a live face or an image. Congruent to keeping the doors of learning open to all, a teacher, in rural Kenya, whose profession had been affected by the pandemic, was able to acquire skills through a course on the platform on how to create a Virtual Google Classroom, create content and enroll students.
Even as societies will soon transition to a Post COVID19 Pandemic period, the work that COL began in 1987 will basically become the new norm in learning. The gate has been crushed, barriers broken,  education has been stretched beyond its point of elasticity.